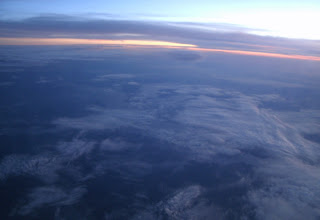 In 2005, the Baylor Lady Bears Basketball Team made it to the NCAA National Championship Finals.


As an alum, I was completely overjoyed and had watched the series while hanging out with my bff in Alabama. Never in a million years would I have known this but my flight was scheduled for the same time as this highly anticipated game! What in the world was I thinking???
So, I behaved like a good girl and went ahead and got on the plane. Once I was settled into my seat and the attendant came by, I asked her if she could ask the pilot about the score of the game. I didn’t expect her to come back so quickly, but she did and said, “I mentioned it to him.” I thanked her and she went back to work.
Minutes passed and I just sat there patiently waiting for a score. If all went according to ‘my plan’ we would land in time for me to see the end of the game. I had a meeting scheduled for the next day in Dallas and had a reserved room/remote waiting for me, not too far from the airport. 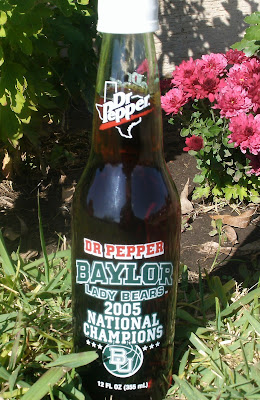 After an hour passed and I asked her again.  She smiled and said, "Let me check."
Then,  moments later it happened. The pilot came on the intercom and announced that there was bad weather in Dallas and that we would have to make a detour. As I sighed, I also heard, “And to the passenger who keeps asking the score of the Baylor game, our air traffic control operators are backed up because of the storm and can’t get to that information right now. They’re kinda busy,” he said with a semi-giggle.
I could have disappeared.  Instead, I relaxed and took a nap.
I was awakened by turbulence and opened my eyes to see what was going on. “My,” I thought to myself, “this is becoming an adventure.”
Just as I thought that, the pilot came on again and said that we would be detouring to another airport for fuel. We landed, got gassed up – which seemed rather quick compared to the time that happened on a flight from Dallas to Atlanta for a training.


***On that flight, we were rerouted due to a storm and landed our DC-1011 in Birmingham for refueling.  Our plane was so large that B'ham airport didn't have a bridge large enough to allow us to deplane. It seemed to take forever especially with the two toddlers running up and down the aisle to the endless looping of “Father of The Bride," playing in the background.***
Soon we were back in the air and I was grateful.  Surely, we would be flying on back to Dallas in time for the game, right? Wrong. According to our pilot, we flew towards Louisiana, Florida, then back towards Houston, San Antonio and eventually back north to Dallas. 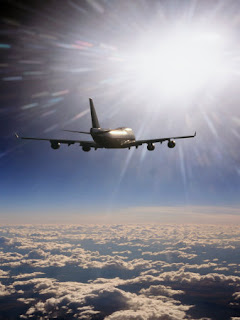 In all of this, I prayed, remained calm and then noticed that it was 'a storm' that caused our delay.


I sat up and slid open my window cover to discover that we were flying among clouds filled with lightening. While that may have freaked many people out, I was completely delighted to be so close to ‘God’s Light Show.’ It was actually quite beautiful!
The clouds just below us were grey, fluffy and occasionally fiery pink or daffodil yellow. They sent bolts of lightning to one another like children playing catch. In awe, I was wonderfully calm watching them play and then we ascended a little higher.
Do you know what I noticed then? Just above the very clouds producing the storm --- the sun was shining.  We just had to go a little higher to see that.


I noticed that this storm was a delay that God had planned.  Because of this delay, I was able to see some things from this new perspective and glean this:
“Even when your storm is so bad that it causes a ‘delay,’ know that it is Divine and - on purpose! There's something God wants you know. Get quiet and let Him reveal it. Just like in that airplane, if you can see dark clouds (full of rain and even lightening) over your situation -- go a little higher, as we did that day.
Guess what? GREAT NEWS! Not only does the sun NOT stop shining because it's storming, neither does God's Son, Jesus stop caring for us when storms come our way!


Remember when storms arise in your life ---and they will – go a little higher!!! Let that encourage you today! Keep your head to the sky!!! 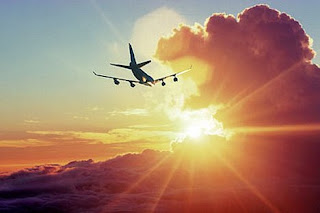 As for the game, I made it in time to see the last 3 seconds. Baylor Lady Bears won! I did, too, because I didn't know it but my bff, Tanta, recorded that baby for me. How cool was that?
~~~~~~~
P.S. I didn't really get into taking pictures until recently. So, the first two pictures I took and the other two came from Google images.  I found this one picture that is perfect for this piece, but I have yet to hear from the owner. Stay tuned, we just might get to use it.
Thanks for reading!
Big Blessings to You!
Posted by One in a Billion Consulting at 4:10 PM